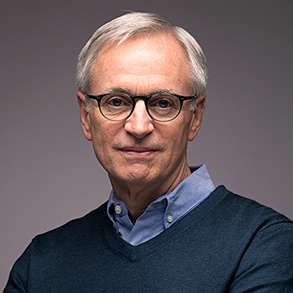 “We are thrilled to add someone with Rich’s broad experience in agricultural biotechnology to Pivot’s scientific team,” said Karsten Temme, Pivot Bio CEO. “His work in economically critical crops combined with his experience in the discovery and development of soil microbials that improve crop performance and yield will help take Pivot Bio to the next level and further accelerate our discoveries in the lab.”

Dr. Broglie most recently served as Research Director for microbiome discovery for  DowDuPont’s Agriculture Division. In his more than 30-year career at DuPont, Dr. Broglie led various discovery programs that resulted in soybean and canola crops with healthier and more stable seed oil compositions, and traits for disease and pest resistance in soybean, corn, wheat, rice, and sugarcane.  He also served as Vice President of Research and member of the Board of Directors of InterMountain Canola, a joint venture between DuPont and DNA Plant Technology. He has authored more than 30 scientific publications and is an inventor on several important patents.

“As an accomplished scientist, respected author of articles in many scientific journals, and sought-after presenter, Dr. Broglie is among the best in advancing microbial solutions in agriculture,” said Temme. “We will be able to reach even more ambitious heights through his leadership.”

Pivot Bio has created an in-field solution with the potential to transform the nitrogen fixation process and curtail leaching, runoff and denitrification. Using Pivot Bio’s ON Technology™ platform, scientists can classify which naturally-occurring microbes have the potential to increase the crop nutrient uptake. After the microbes have been identified, Pivot Bio ignites their natural ability to produce nitrogen, a function that typically has gone dormant following years of nitrogen fertilizer application. These nitrogen-producing microbes flourish by attaching to the root system of the plant and continuing to produce nitrogen for the crop.

The nitrogen-producing microbes mature as the crop grows, matching the supply of nitrogen to each plant’s nutrient requirements. Unlike chemical fertilizer mixed into the soil, the nitrogen is transferred directly to the plant, which means virtually no pollution from volatilization and leaching. By integrating this revolutionary alternative, farmers can benefit from more productive and predictable crop yields. Pivot Bio expects to commercialize its nitrogen-producing microbes for the 2019 growing season.

Pivot Bio is a rapidly growing agriculture technology company based in Silicon Valley. In operation since 2011, Pivot Bio is pioneering a groundbreaking approach to crop nutrition — forging a path to better yields, healthier soils and a brighter future for our world. For additional information about Pivot Bio, please visit www.pivotbio.com.