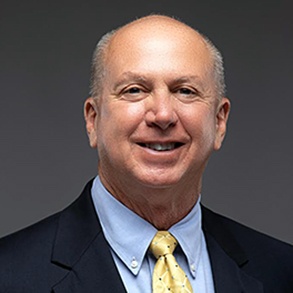 “Ernie comes to Pivot Bio as an award-winning scientist and accomplished leader,” said Karsten Temme, Pivot Bio CEO. “At a time when Pivot Bio is quickly advancing its unique science, Ernie will take our game-changing discoveries from the lab to the field and ultimately help farmers be more productive.”

Sanders most recently served as the Global Launch and Product Expansions for Seed Applied Solutions Leader at the Monsanto Company. In 2017, Sanders won the highest scientific award given at Monsanto. He received the Edgar M. Queeny award for his work to launch Intacta RR2 PRO™ soybean technology in South America. Joining Monsanto after graduating with his masters of science degree in chemistry from the University of Memphis, Sanders has served in a number of roles in research and development, strategy and product management over his 35+ year career at the company.

“Ernie has a reputation for continuously bringing products forward from discovery to successful commercialization,” said Temme. “His science background combined with his product launch experience, Ernie will take Pivot Bio’s nitrogen-producing microbe across the finish line and into farmer’s hands.”

Pivot Bio has developed a proprietary in-field solution that has the potential to alter current nitrogen application practices and significantly reduce leaching, runoff and denitrification. Using Pivot Bio’s patented technology platform, scientists identify the microbes in the soil that live in symbiosis with crops and produce nitrogen. After these microbes have been identified, Pivot Bio improves them by switching back on their natural ability to produce nitrogen, a function that has gone dormant after years of conventional nitrogen fertilizer use. These nitrogen-producing microbes thrive on the root system of the plant, perceive nitrate in the soil, and continue to produce nitrogen for the crop.

“Pivot Bio is on a mission to replace all nitrogen fertilizer with microbes that adhere to the crop’s root system and spoon-feed the crop each day,” said Temme. “These discoveries mean we’re on track to reducing and replacing fertilizer with something better… a solution Mother Nature intended all along.”

The nitrogen-producing microbes mature as the crop grows, matching the supply of nitrogen to the need of each plant. Unlike chemical fertilizer mixed into the soil, this nitrogen is transferred directly to the plant, which means virtually no pollution from volatilization and leaching. A significant benefit to farmers is that crop yields become more productive and predictable. Pivot Bio expects to commercial its nitrogen-producing microbe for the 2019 growing season.