A 98% Cleaner Way to Fertilize Corn 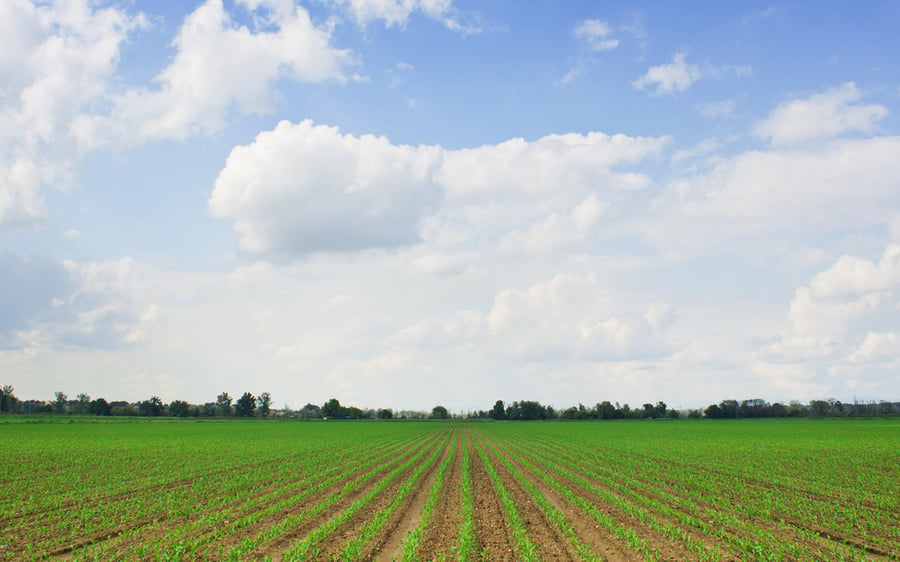 Making synthetic nitrogen fertilizer takes a lot of energy, and that means a lot of oil. Pivot Bio has a way to provide plants nitrogen, without the carbon footprint

About 140 million tons of ammonia are produced each year, and 75% of that is used to make synthetic nitrogen fertilizer for crops. Ammonia is the foundation of every synthetic nitrogen fertilizer product, and accessible nitrogen is the foundation of a productive global agricultural system. But, did you know that chemically synthesizing just one ton of ammonia uses the same amount of natural gas as the electricity you use over the course of an entire year? Every two minutes a fertilizer plant uses a quantity of natural gas equivalent to a year’s worth of household energy to make just one ton of ammonia.

Most of the nitrogen in the world is found paired up in the form of dinitrogen gas (N2). Nitrogen atoms enjoy each other’s company, and as N2 they form one of the strongest chemical bonds on the planet. Fertilizer plants use an industrial process called Haber-Bosch to generate the intense heat and pressure required to separate the nitrogen atoms in N2 and combine them with hydrogen from natural gas to produce ammonia. However, without a catalyst, this chemical reaction is not very efficient. In the Haber-Bosch process, an iron catalyst that facilitates this reaction has to be helped along with extra energy. That energy, like the energy that powers our homes and electronics comes primarily from fossil fuels.

The Haber-Bosch process is one of the single largest users of non-renewable energy on the planet. Each year, it uses three to five percent of our global natural gas resources to make 140 million metric tons of ammonia. For every ton of ammonia that is made with the Haber-Bosch process, approximately three tons of carbon dioxide is released into the atmosphere. Other energy sources, like coal, can increase that carbon footprint by 40%. Altogether, making the synthetic nitrogen fertilizer that sustains global agriculture emits over 500 million tons of carbon dioxide each year: 1% of global GHG emissions.

What if we could make all the nitrogen we needed with a fraction of the greenhouse gas emissions? Providing nitrogen with a significantly lower carbon footprint has been a “holy grail” of agriculture for decades. Pivot Bio has found the solution and is making nitrogen-fixing microbes available to U.S. corn growers now. You can think of nitrogen-fixing microbes as tiny, natural ammonia-producing factories. When farmers use Pivot Bio’s microbial nitrogen fertilizer, Pivot Bio PROVEN, they reduce the synthetic nitrogen fertilizer they apply because microbes are providing that same nutrient right at the root of the crop. These microbes are a lot more environmentally-gentle than the standard Haber-Bosch facility.

First, microbes make their ammonia with renewable energy. Instead of using enormous amounts of natural gas, microbes are fueled by sugars made by photosynthesis and exuded by the plant. Second, microbes use better machinery. They have their own specialized catalyst, a protein called nitrogenase. Nitrogenase captures individual molecules of N2 and separates the two nitrogen atoms, combining them with hydrogen to produce ammonia, a biological version of Haber-Bosch chemistry. Unlike Haber-Bosch, there’s no additional heat or pressure necessary. Microbes produce ammonia naturally. Third, these microbes are conveniently located where nutrients can be most easily accessed. They produce and apply ammonia right next to the root so the crop doesn’t miss a day of nutrition, without the massive storage or potentially dangerous logistics involved with synthetic nitrogen fertilizer.

The nitrogen-fixing microbes in Pivot Bio PROVEN produce ammonia without a big carbon footprint. In fact, one ton of nitrogen produced by nitrogen-fixing microbes can be made with 98.8% fewer GHG emissions than the Haber-Bosch process. Synthetic nitrogen fertilizer has helped feed a growing population for nearly a century. A better, cleaner tool is now available to provide the nitrogen required by crops and without the pollution associated with the Haber-Bosch process. It’s a turning point for nitrogen, one that leads to a cleaner, greener future.

The Best Nitrogen Around

Growers across the corn belt are trying hard to wrap up spring planting. Due to the unseasonably...

Have You Ever Been an Atom of Nitrogen?